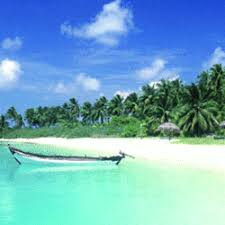 Before you set foot on your travel escapades, make sure you are ready with your calling cards. Never go out of town without any prepaid phone card in hand. Prepaid phone cards make long distance calls more affordable and practical. If you have a card, you can make a call anytime and anywhere you want. You no longer have to rush to the nearest public phone booth to call for emergency purposes or to catch up with family members and friends left at home. Calling through phone cards is much cheaper compared to making long distance calls from your hotel room. Phone cards are available both for domestic and international calls.

Web hosting like the mobile phones during the initial days of discovery was a very costly affair and was limited. Thanks to cheap webhosting, carrying one’s own library is so feasible and easy via web books. One can carry their best companion without having to carry the actual weight of it. There is a wide variety to pick from across the globe, which best goes with individual taste and preference. The cost of producing and consuming a web book are one time affair and lasts a lifetime. The author is no longer required to invest a fortune towards storage or maintenance.

For a consumer too, it comes packaged with advantages of portability. It can refer it at a time most feasible to an individual.

Web books are the future of all kinds of literary works including, but not limited to academics, art and philosophy, great literature works, and most of all not to forget the science and research works. Come to think of getting the work done across countries. Moreover, inviting feedback was a costly and time-consuming affair. With the advent of cheap webhosting, it became a reality to present one’s work to the world almost effortlessly .

In some countries, we still witness kids carrying heavy loads of books while going to school while there are some countries that no longer do it and utilize the medium of cheap web hosting to their advantage
We have come of age where owing to technology advancement cheap web hosting is at our disposal whereby it is possible to communicate and share the web books with the world at large.

The agreement, which was signed by Nokia, Sony Ericsson and other manufacturers, paves the way for the development of mobile phones that will accept the same standard charging device as early as next year.

This is really a welcome development. Any mobile phone user knows how much of a hassle it is that whenever we upgrade to a new phone, it generally means we’ll have to use a different charger, basically junking the previous charger. These unused chargers eventually find its way to the garbage dump, which helps create more waste. It’s really not an environment friendly strategy and quite wasteful of resources as well.

Under the agreement, an European Union norm or standard will be implemented and new mobile phones will now use a standard micro-USB socket as a way of ensuring utmost compatibility.

Aside from Nokia and SE, other companies that supported the move included Motorola, Apple, LG, NEC, Qualcomm, Research in Motion, Samsung and Texas Instruments.

Energy is becoming a crucial global issue because of the global energy crisis and the environmental impact of energy consumption.

D-Link has initiated some forward thinking with the company’s “green” WiFi routers. The new routers possess green features that will make it more energy efficient.

Three routers in the company’s Xtreme N WiFi line will now have Green Ethernet technology. This feature lets the router sense the cable length and link status and adjusts power based on the results. There is also a WiFi scheduler that allows user to initiate automatic shutdowns. The green features now allow users to save up to 32 per cent on power. That is a very significant saving. Other models even offer a 41 per cent saving.

I just bought a new D-Link router but these new models may just make me switch because of their eco-friendly features.

I’ve been partitioning my hard drives ever since storage capacities reached the 80gb level. I think there is a lot of practical wisdom in partitioning a drive and segregating system files from data files and programs because when the system files get corrupted you won’t have to worry about any of your data getting affected. All you need to do is just reformat your System partition, reinstall your OS and you’re good to go again.

I recently read an article though that partitioning is not that important anymore and is actually counterproductive because it fragments virtual memory, which ultimately slows down the computer.

I’d love to hear what your thoughts are about this topic. Do you partition your hard drives? And what are your reasons for doing so?