If you travel a lot, then you know sometimes things get a little bit anxious. Sometimes you feel a little less safe than at other times. Sometimes you feel that there is a certain instability with your surroundings. In those kinds of feelings can get in your way of enjoying yourself, and in fact, those kinds of feelings can sometimes indicate dangers that you should avoid. That’s why maintaining safety and stability are so important, particularly when you’re traveling long distances.

END_OF_DOCUMENT_TOKEN_TO_BE_REPLACED

Keys, phone, wallet. Keys, phone, wallet. You repeat this mantra to yourself before you leave the front door, but it doesn’t work for very long. Soon enough, you’re frantically rummaging through a bag to answer a call before it hits voicemail or you’re patting your pockets on your doorstep, swearing you had your keys in there moments ago.

If you’re tired of misplacing or flat-out losing these three essentials, here is what you can do:

END_OF_DOCUMENT_TOKEN_TO_BE_REPLACED 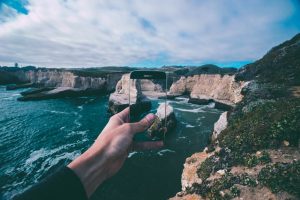 Traveling can be fun, but the open road poses plenty of dangers. Even if you’re the safest driver ever and you follow all the rules of the road you can still end up getting in an accident. Other people often pose more of a danger to you on the road than you do yourself.

The road is not the only dangerous place when it comes to risks you take on vacation. You could get robbed, you could experience a natural disaster, or you could get injured while hiking. Here are some safety tips you should take into account on your next trip. END_OF_DOCUMENT_TOKEN_TO_BE_REPLACED

In the fast pace of traveling life, there is a lot of stuff that is going through your mind. If you’re a lover of travel, you’re first and foremost thinking about all the amazing things you’re going to get to see and do on your adventures. There is nothing like the high you get from traveling the world, eating the exotic and perfectly spiced foods, watching the sunset over the riviera, and listen to people go about life in a tongue that is foreign to you but as beautiful as a song.

When you’re visiting a place for the first time, you’re obviously a stranger in a strange land, and while you might think that you’re tough as nails and nobody would have the audacity to touch you or harm you, the fact of the matter that this isn’t true and you need to go into your adventuring with some very real guidelines in mind.
Here are 3 ways to keep yourself safe when traveling:

Beware of the Drug Culture

You might be used to drug culture where you live. Drugs are everywhere and they vary in form and purpose. What you have to understand is that the culture of drugs in your hometown or city doesn’t mirror the culture in the city you’re visiting.

You might feel relatively safe at home, but if you’re visiting country where the government has less control of cartels and drugs are literally making the country money or are seriously defining the climate of the country both politically, but also socially and economically, you need to know all you can before going in. Being educated will at least help you make wise decisions about where you go when, and what you accept from people among other things.

Carry Around A Physical Map of the Area

This is the age of technology and when it’s so much easier and often more accurate to just use your phone’s GPS to get around, this isn’t something that you want to rely upon 100% of the time. If your phone or device dies and you’re left having no idea where you are or how to get back to where you’re staying for the night, you can put yourself in serious harm.

Be smart and keep yourself safe by making sure that you have on hand a physical map of the area you’re exploring on your travels. This way, you won’t be as stressed if your phone’s battery is on low, and you’ll always be able to find your way to where you need to go.

Have A Way to Translate
If you’re like a majority of tourists, you don’t walk into a place knowing the language. This isn’t necessarily a bad thing because people around the country are notorious for wanting to speak and practice English, but just in case you run into a circumstance where nobody around speaks the same language, bring a translating tool with you. This could be your phone, but a translation book will never die…so it’s better to be safe than unable to communicate.

Traveling is a fun and enriching experience but one needs to be well prepared to enjoy it. Every traveler must prepare all the things he or she needs ahead of time and pack them well in sturdy bags and suitcases.

Electronic devices particularly smartphones, tablets and laptops are some of the items most travelers can’t do without these days. They can be brought along as long as the owners strictly follow the rules at their exit and entry points. END_OF_DOCUMENT_TOKEN_TO_BE_REPLACED