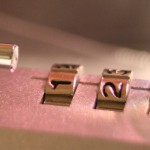 Employees who bring their laptops in traveling are usually required by their employers to have them encrypted.  Content encryption is just one of the safety measures adopted to protect information in case laptops are lost or stolen.   It is a fairly common practice since many employees are now required to work from different locations to maintain continuity in their work responsibilities.

There are basically two (2) types of encryption.  One is used for files or email sent over the Internet while the other is used to jumble hard drive data.  The only way the message or contents can be deciphered is through the entry of a designated password.  No negative impact on the computer’s function is expected to result from encryption.

There are several encryption software available in the market.  The desired features when choosing one includes having good algorithm, is effortless to use, and should not affect the computer’s performance.  Most importantly however, it should be secure.  Users should also be looking into license of the software particularly those who have operations in other countries.

The Wassenaar Arrangement which has been agreed upon by several countries recognizes the personal use exemption.  This simply means that carriers of encrypted devices agree not to distribute the encryption technology while in a foreign country.  People who wish to travel to countries that do not recognize this exemption will have to obtain an import license from government agencies.