To be honest, I wasn’t really impressed with the user interface of Ubuntu Netbook Remix. Yeah, I know, it’s one of the fastest operating systems you can actually put on a netbook right now, but the UI really needs a little work – oh wait, I mean a lot – of work done.

Fortunately, Canonical has been working on a new Netbook OS. And it’s gorgeous. Check out Ubuntu Light: 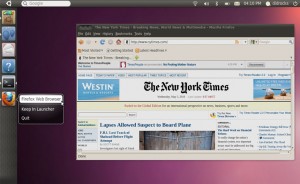 Ubuntu Light is an instant-on operating system meant to be installed alongside Ubuntu. It aims to be the secondary Linux operating system, where you can turn it on and instantly surf the net, get your email, and listen to your music, when you’re in a hurry. END_OF_DOCUMENT_TOKEN_TO_BE_REPLACED

One of the things I absolutely loved about using Jolicloud on my Asus Eee PC is the App Launcher. On the latest version of Jolicloud, the app launcher runs on Google Chrome, thus eliminating the need for Mozilla Prism. 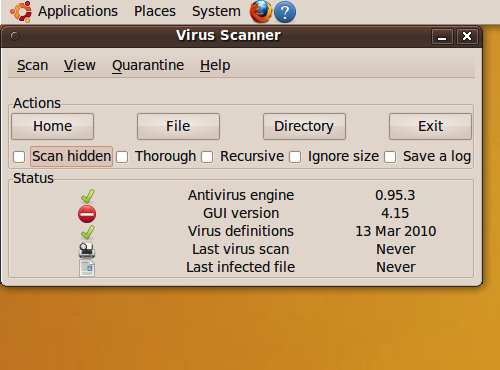 On our Windows laptops, we use an army of different software just to protect ourselves from all the different kinds of malware just hanging around the net, waiting for an opening to attack our system. Don’t give me the excuse that antivirus software is expensive, there are a lot of fully-functional antiviruses out there that are pretty good. But even though we have our system running fully-protected, there’s a good chance that one or two viruses might be able to slip in. I usually don’t worry that much, a simple scan with Malwarebytes usually does the job. But what if malware has overrun your computer so much that it’s practically unusable?

If your plethora of antimalware apps doesn’t work, along with *gasp* safe mode, then you might want to try a different approach – Linux. From gHacks, here’s a way to scan your hard drive for viruses using a Linux installation. gHacks recommends that you remove the infected drive and connect it via USB to the Linux machine. Then you can scan the drive via Linux as an external drive. The, install F-Prot on Linux. Scan away. END_OF_DOCUMENT_TOKEN_TO_BE_REPLACED

As much as I love Ubuntu Linux and all its open source glory, I really am not a fan of the current logo and the color scheme. Come on, brown. I understand that they took the current design inspiration from the word Ubuntu’s African roots, but that particular shade of brown they used isn’t exactly the most enticing thing to see. END_OF_DOCUMENT_TOKEN_TO_BE_REPLACED