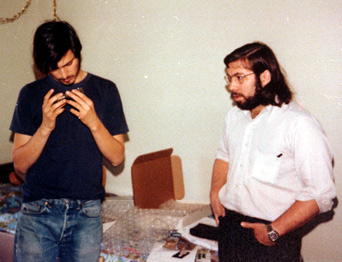 I have to admit, I like playing around with my computer’s settings whenever I get myself a fresh install of Windows. Since Windows XP’s default blue Luna theme isn’t really much to look at, I usually install the Zune theme first before anything else. However, Windows 7 was so amazing that I actually decided to keep it vanilla for the longest time. 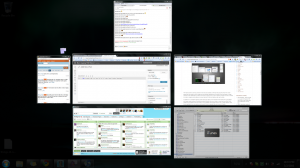 Until now I haven’t tweaked Windows because I actually love how the Superbar and all the other changes work. I can say that this is the first version of Windows I was practically very satisfied with. END_OF_DOCUMENT_TOKEN_TO_BE_REPLACED

With the crackdown on the well loved Oink a few weeks ago, the issue of torrents, intellectual property rights and the downloading community worldwide has become a hot issue again. Pirate Bay, one of the leading torrent trackers in the world and perennial thorn on the side of the old stogies in the music and film industries announced that it is developing a new software that will make it so much easier for users to exchange files.

According to the website, the success of Bittorrent may just lead to trackers establishing legitimate relationships with media companies and eventually result in trackers discouraging the trading of pirated files. According to Pirate Bay founder Peter Sunde, they hope to release the first version of the software very soon. He has even started asking developers for help in developing the app by visiting http://securep2p.com.

Pirate Bay has unofficially become the poster child for the bittorrent movement — consistently thumbing their noses at authorities and always managing to go back online even if they are shut down by authorities. The development of this new software will become another contention for media companies that are so obviously losing the battle against so called pirates.

Malware and other malicious code still remains to be one of the biggest headaches of a computer owner. I hate to say this but attempts to get rid of bad software is just a never ending war of escalation. A hacker or malicious coder makes a virus, a software security company finds a solution to stop the virus, the hacker then attempts to create new code to bypass the new security. It just goes on and on.

At this stage of this cycle it looks like the hackers are on the upsurge. Security vendors have reported that there has been an increase in malware activity in Russia.

Researchers from Trend Micro revealed that they have discovered a Russian server that is hosting around 400 types of malware in what is seen to be a likely preparation for a future large scale attack.

According to the report, Trend Micro network architect Paul Ferguson said that the server had a “cornucopia” of new malware. Further investigation revealed that web sites containing malicious iFrames that were proxying requests for the malware. All of the web sites had, according to them, Italian sounding names and content but the hosting facility is located in Germany.

This is a great caus of concern for us desktop and laptop users. I would suggest being more vigilant in opening ALL attachments and in allowing scripts to run on web sites you are not familiar with.