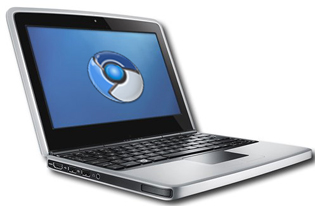 Fresh off the heels of the Nexus One announcement, it seems that Google is not yet finished pulling off another surprise in the hardware department.

Google has been working with hardware manufacturers in Chrome OS-related matters to ensure a good customer experience when the OS comes out next year. According to a Google FAQ, “The Google Chrome OS team is currently working with a number of technology companies to design and build devices that deliver an extraordinary end user experience. Among others, these companies include Acer, Adobe, ASUS, Freescale, Hewlett-Packard, Lenovo, Qualcomm, Texas Instruments, and Toshiba.”

But now it seems like the big G is coordinating with a hardware manufacturer right now to create a Google-branded netbook. Ok, I honestly don’t see anything wrong with this. I’m guessing they’re doing this to prevent splintering of the OS – a trap that Android is in danger of falling into right now. A Google-branded netbook would keep hardware developers from changing Chrome OS too much. Just look at Android app developer’s frustration right now.

The thing is, I don’t see Chrome OS having apps being developed for it. Chrome OS is meant to keep all your data in the cloud in the first place. So it’s all going to be shortcut icons leading to the web app of choice. If the web app works for Chrome the OS, I don’t see how it wouldn’t work on Chrome the browser on Windows/Mac/Linux.

I’m sure the Google netbook will be way more unpowered than the current netbooks available. Anyway, it’s too early to see what Google has up their sleeve.

Google is in no hurry to release their netbook, by the way. People are predicting that Google is aiming for a late 2010 release.