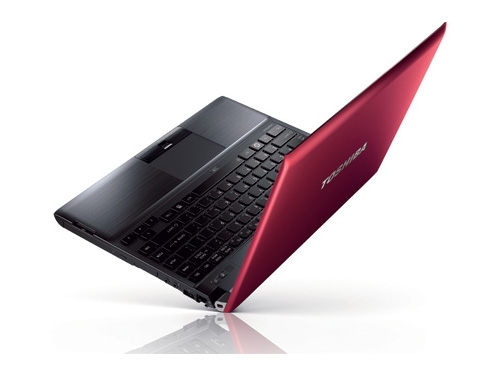 Doing business just might be easier and more pleasant with the new line of Toshiba laptops. Anyone who has had to lug his powerful but heavy laptop around knows just how much of a pain that can be – literally. Even “big” guys who are used to carrying a lot of weight around will not be comfortable with several pounds of hardware in his bag after a while.

Bearing this in mind – among many other things, I presume – Toshiba has upped their game by releasing new laptops that can rival the slimmer models in the market.

The thinner and lighter models were made possible by some adjustments on Toshiba’s part. For one, they now use a motherboard that has a higher density when it comes to the chips that can be incorporated. They have also used a fiberglass-plastic mix for the case. More than making for less weight, the new mix is also stronger than the plastic used in the previous models.

Here’s the best option, in my opinion: the 13.3 Portege R830. The size is just right – larger than netbooks but smaller than the standard 14-inch notebooks. It is also the thinnest and lightest laptop that Toshiba has to offer right now. It measures in at 1 inch thick, 3.1 pounds, and has a magnesium case.