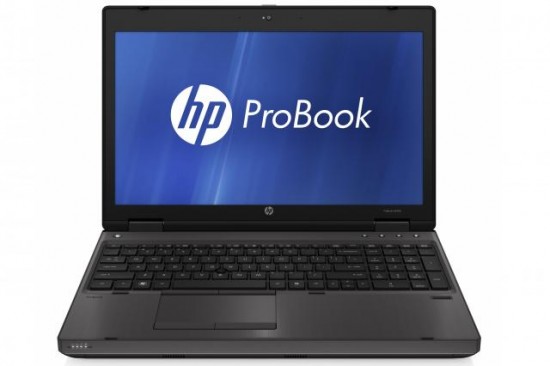 These days, we have to admit that many people purchase laptops (and other gadgets for that matter) with the word “bling” in mind. While that may be a sweeping statement, we cannot deny the fact that looks do play a large part in making the decision to purchase a new laptop. I would go as far as to say that this is one reason that Apple continues to attract many new – and returning – customers.

If you are looking for a laptop without looks or flashiness in mind, however, there is one feasible alternative: the HP ProBook 6560b. This laptop was seemingly created with no nonsense business purposes in mind. One look at the HP ProBook 6560b, and I think that you will agree with me. There really isn’t much to remark about the laptop’s look – it isn’t fugly, but it is not beautiful as well.

What does make it interesting is the fact that it delivers all the functionalities that a businessperson will need, plus the reliability that HP normally gives its customers. The HP ProBook 6560b is also not a fragile device – it has a magnesium-reinforced chassis, which will ensure that the occasional bang against the wall or table will not wreck it.

What I like is the keyboard, which is waterproof. If you accidentally spill coffee – or whatever your energy boosting beverage may be – on the keyboard, the water will drain off via the built-in grates. God knows how often this happens when tired humans stay up till the wee hours of the morning crunching some numbers!

And speaking of numbers, the HP ProBook 6560b has a number pad at the rightmost part of the keyboard. I don’t deal much with numbers, but when I do, I sometimes find myself wishing for the number pad in the “normal” keyboard. Then there is the choice between a large touchpad (with multi-touch support) and a pointer nub (I never got into this, to be honest).

As for performance, the HP ProBook 6560b is nothing to sniff at. You can choose from the second-gen Sandy Bridge processors – Core i3, i5, and i7. It has 4GB of RAM, which is upgradable to 16GB. As for the screen, it is 15.6 inches – a bane for eyes sore from overworking.

Via The Globe and Mail 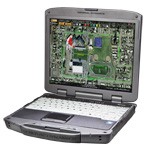 Well I don’t really think that defense contractor General Dynamics-Itronix was thinking of klutzes when they designed their newest laptop, but the end result will serve klutzes very well. General GD-Itronix recently unveiled the GD8200, which is supposed to be only the first of a line of rugged laptops. To all the other “rugged laptop” makers, it seems GD-Itronix is saying “move over!”

Being a defense contractor, GD-Itronix obviously had law enforcement people in mind when the idea for the laptop was conceived. Think of the military types. Think of the jumping out of planes kind of people. Think police officers who need a laptop on the field. Naturally, the last thing these people would worry about in the face of an emergency is making sure not to drop or jar the laptop. And that’s where the GD8200 comes into the picture.

This laptop has undergone so many tests that the average human being would not be able to withstand. It is meant to function under extreme conditions and can even be used after repeated “falls” on concrete floors. I can’t seem to find information on exactly what kind of material they used for the casing, but whatever it is, I sure wish that Apple would start making laptops using the same material! ;)

Specs-wise, the GD8200 is not unimpressive. It has a second generation Intel Core i7-2655LE dual-core processor which runs at 2.0GHz. This can go as high as 2.9GHz, though, thanks for Intel’s Turbo Boost 2.0 technology. The base model comes with 2GB of RAM, upgradable up to 8GB.

As for the data storage, the GD8200 has all the possible options – from the usual hard disk drives (500GB or 750 GB) to solid state drives (120GB or 256GB) to hybrid drives (500GB). And it doesn’t stop there. This laptop is not only rugged, but it has a touchscreen as well! The screen will work whether you use your finger (with or without gloves! Of course, spies have to use gloves!) or a stylus. 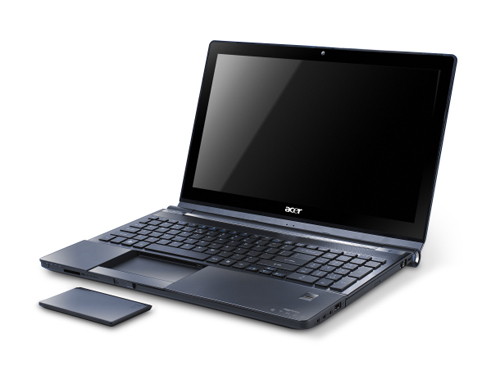 With so many new laptops coming out every time you turn around, it is to be expected that manufacturers are upping the game each time they announce a new release. It’s either that or sink. To be honest though, just how many times can one come up with something new and revolutionary – something that actually does make sense and benefit users?

I do not have the answer to that, but Acer’s new line of laptops will make you do a double take. At first glance, there’s really not much to say – Acer does make pretty sleek laptops and they make some of the better looking laptops out there. Dubbed the Acer Aspire Ethos, this new line of laptops does have something that I don’t believe I have seen before. A touchpad that is detachable. Now why would anyone want to have a detachable touchpad? To use as a remote, of course! 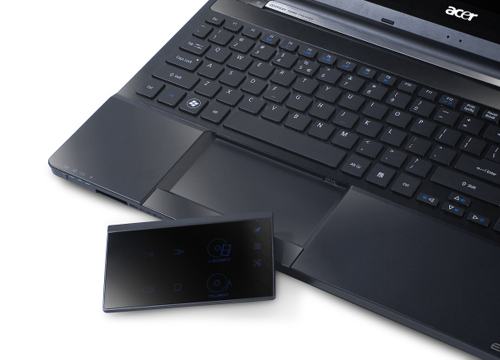 Now those specs are not something you can disregard – even if the removable touchpad seems silly to me! 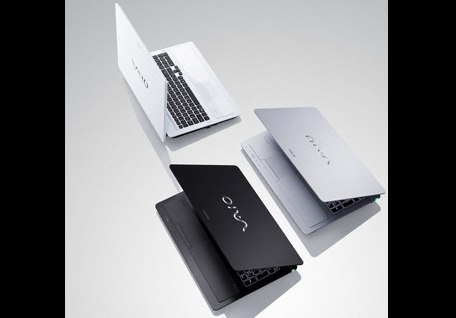 Sony has consistently delivered high quality products, especially when it comes to their Vaio line. Users of these laptops will attest to their performance, and no one can deny that they score a lot of points in aesthetics as well. Of course, there is the price factor, but people are willing to pay for quality anyway.

If you are a fan of Sony products, then you might want to know that the newest in the Vaio line is now available on a pre-order basis on the Sony web site. Here’s the dish on the F series laptops.

Inside, you’ll find Intel Core i7 quad core processors to make sure that you have the computing power that you want and need. Sony recommends that you run Windows 7 on the laptop, although you can always use your preferred operating system. You can choose between the 16-inch 3D display and the 16.4-inch 2D display. And yes, you read that right – the laptops are 3D compatible, allowing you the luxury of watching the latest 3D movies on Blu-ray. The selection may not be that brilliant at the moment, but 3D capability might come in handy in the future. Personally, I would opt out of the 3D functionality for now.

Moving along, other key points about the F series include NVIDIA® GeForce® graphics and S-Force™ Front Surround 3D audio. As for the battery life, the 2D models can last for 2.5 hours on default settings and only 1.5 hours on DVD playback. This is rather poor, don’t you think?

As for connectivity, it has the usual Bluetooth and Wi-Fi, plus it also has two USB 3.0 ports.

Of course, you can configure the laptop to your heart’s content, but that probably means you will be paying more than the base price of $799.

It seems that technology can do just about anything. From directing your every move, to what you’re going to eat for dinner, to using a reverse phone lookup. Even though their presence has increased in our lives, some companies are doing better than others. The PC hasn’t been doing to well for years now. Apple has been hitting the market, like clockwork, with increasingly newer and fresher innovations that, coupled with an aggressive marketing campaign, has made them a consumer favorite. Most Apple products are far more expensive than their PC counterpart but people are still driven to purchase these high-end machines. Some say that their increased reliability and brand recognition are just a few of the reasons for this success but PC’s aren’t out of the game. Some PC manufactures hope to revitalize their candidacy for supremacy in the computing market with newer sleeker laptops. 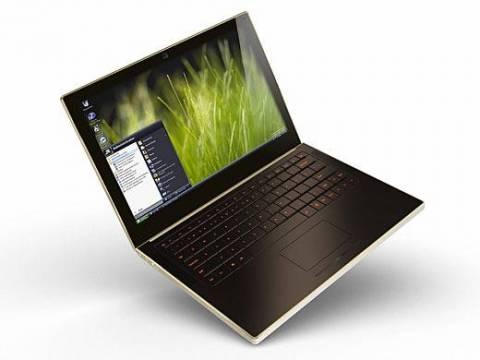